Andy became a full-time artist in 2010 after spending the first part of his career in marketing and advertising. He received the first of his three Arts Council Grants for a project in 2014/5 working with schools to develop art around the WW1 Centenary. 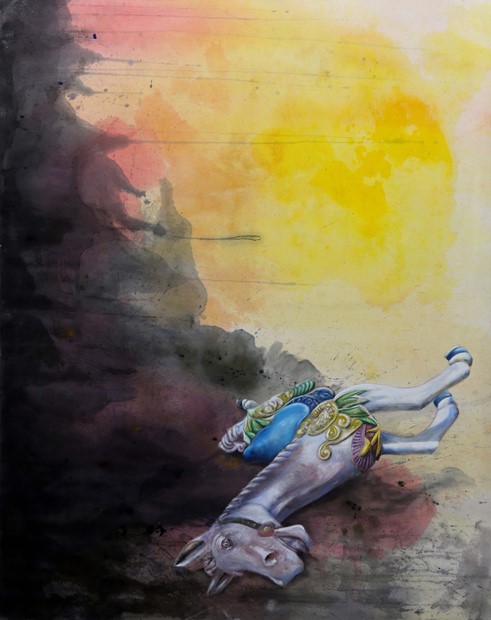 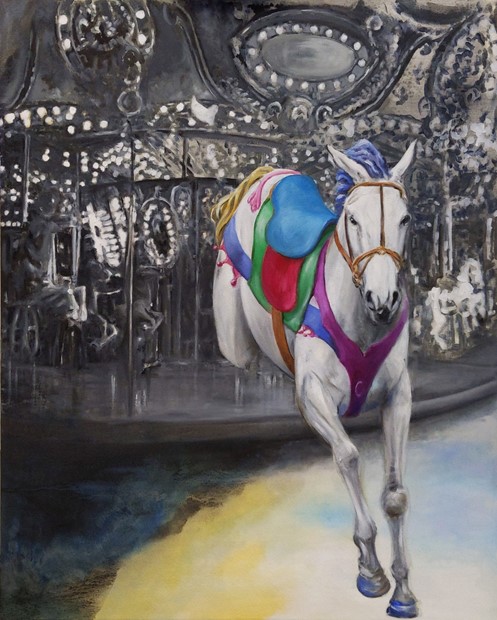 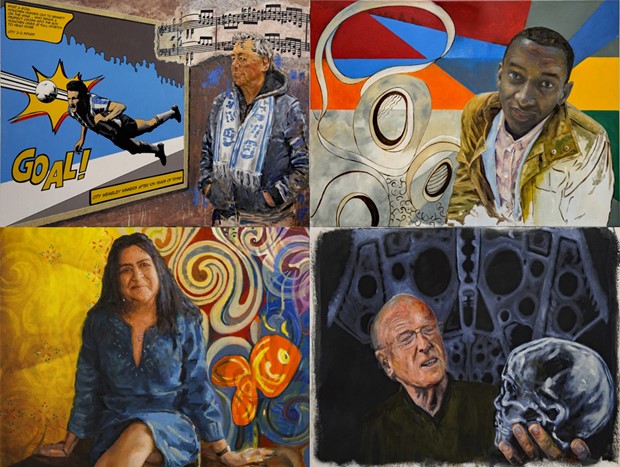 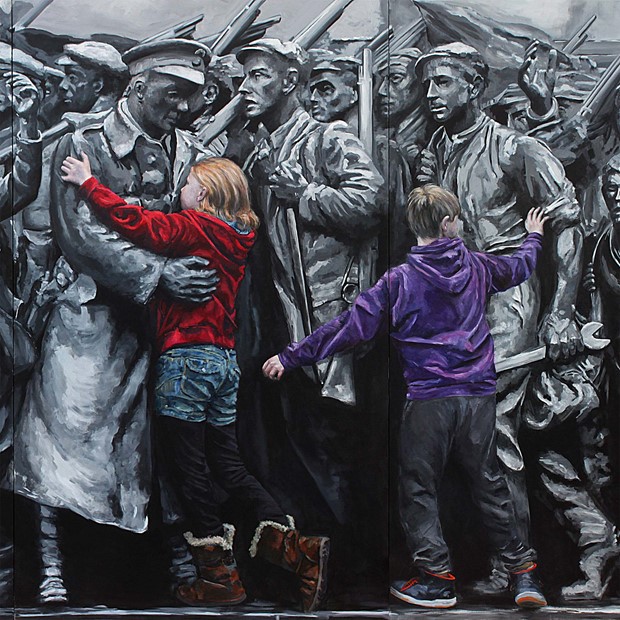 Andy became a full-time artist in 2010 after spending the first part of his career in marketing and advertising. He received the first of his three Arts Council Grants for a project in 2014/5 working with schools to develop art around the WW1 Centenary.

He undertook a Masters in Painting from 2015 – 17. As part of his studies, he explored his memories of growing up and the impact of his father’s bipolar condition on his and his family’s life. One of his pieces from his MA final show was awarded a prize in the 2018 Ashurst Emerging Artist Awards.

Andy was then commissioned by the Institute of Mental Health to create a series of paintings telling the stories of people recovering from post-traumatic stress. This project, entitled “The Twisted Rose and Other Lives” focussed on narratives and metaphors that show how people can grow and recover as a result of their experiences. He followed this with a second series created based on people’s experiences of lockdown.

His most recent project was a series of narrative portraits of people who live in Coventry. This work was funded by Orbit, a not-for-profit housing association. The work was exhibited at various venues, as part of Coventry’s City of Culture, culminating in an exhibition at Coventry Cathedral.

Andy describes himself as a storyteller, he likes to research his subjects and then find a way to tell the story in a way that draws the audience in. Whilst he is predominantly a painter his pieces are often accompanied by written or spoken content from the subject. Thus, whilst the work is made by his hand the works can be seen as co-creations.

Andy has exhibited widely, with numerous solo shows across the UK, and participated in many physical and virtual group shows. He has a working studio in Coventry’s canal basin and is a member of the ArtCan a non-profit arts organisation.

1985 Graduated from Durham University with an Upper Second in Geology

Frequent speaker at industry conferences and winner of WPP Atticus awards for best in original published thinking on the issues and trends shaping our industry, business and society in1994, 1996 and 2004

Exhibitions in Burton, Leamington, Stafford, Clitheroe, Newcastle, Batley. ‘The Response’ purchased by the Lord Mayor of Newcastle for permanent display.

2018/2019 The Twisted Rose and Other Lives. Funding from ACE and the Institute of Mental Health

Exhibitions in The Arcadia Gallery, The LTB Showroom and Coventry Cathedral