2385 Sparrows: For All the Sparrows at Sea 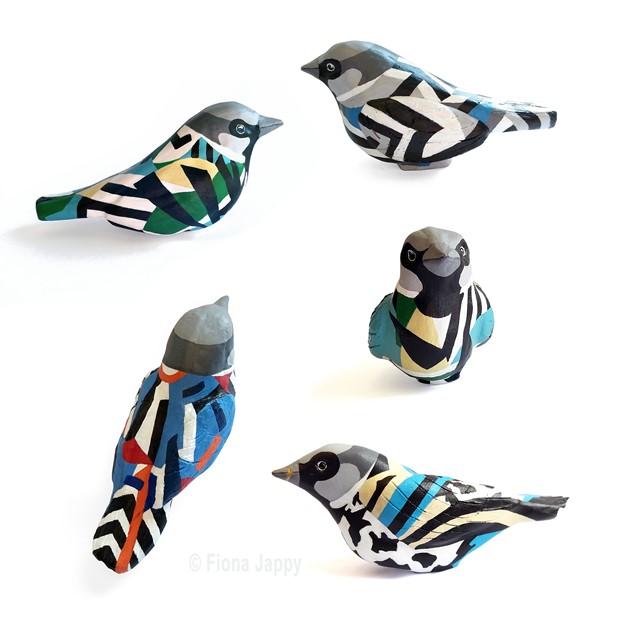 2385 Sparrows: For All the Sparrows at Sea is a commemorative artwork which pays remembrance to all the men of the Royal Naval Patrol Service (RNPS) who were lost at sea during WW2. Never returning home, they have no grave but the sea.

With an initial idea coming to me in 2017, and the making of the sparrows beginning early 2018, the artwork is a constant work in progress. Production of the birds will expand over a 25 year period as 2385 sparrows will be made, one to represent each man lost at sea. The sparrow being chosen for the nickname given to the men of the RNPS, nicknamed after the ‘Sparrow’s Nest’, the name given to the headquarters of the RNPS – HMS Europa in Lowestoft. Thus all those who passed through HMS Europa were sparrows from the nest, and these 2385 men unfortunately never made it back there.

25 years sounds like a really long time, but with also continuing to create paintings, drawings, and prints, and with each sparrow being hand built from clay and hand painted, this gives me the time to create them. In 25 years, in 2043, it will also be the 100 year anniversary of my Grandfather’s passing, and it is my Grandfather who is the initial inspiration behind this project having too lost his life on the 1st December 1943 when the trawler he was serving on, HMT Avanturine, was torpedoed with all lives lost.

Every single sparrow from this artwork collection, all 2385 of them, will be completely unique and individual. They may share design style and colour schemes but no two will ever be an exact match. The uniqueness is to highlight they commemorate the 2385 different men from the Royal Naval Patrol Service who were all lost at sea on active service during WW2.