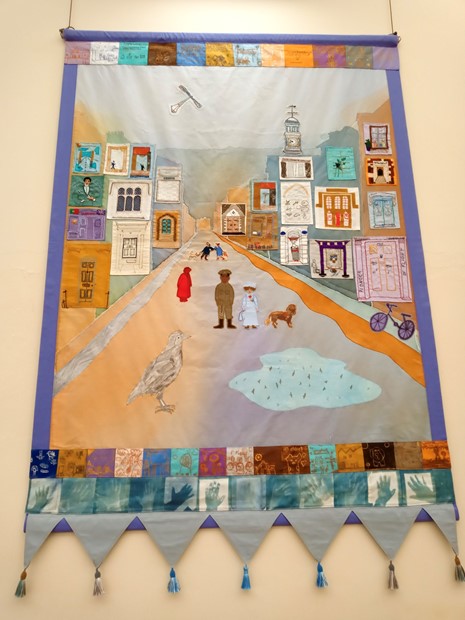 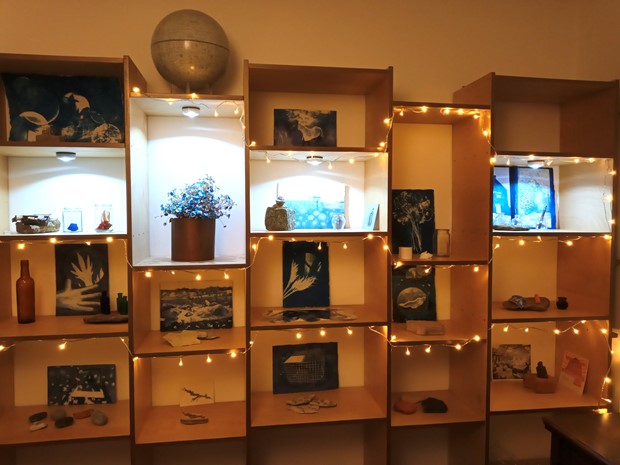 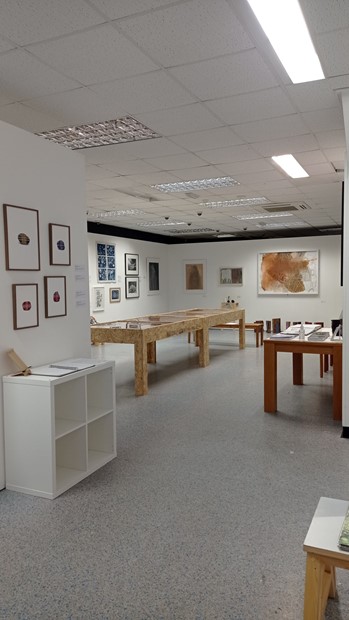 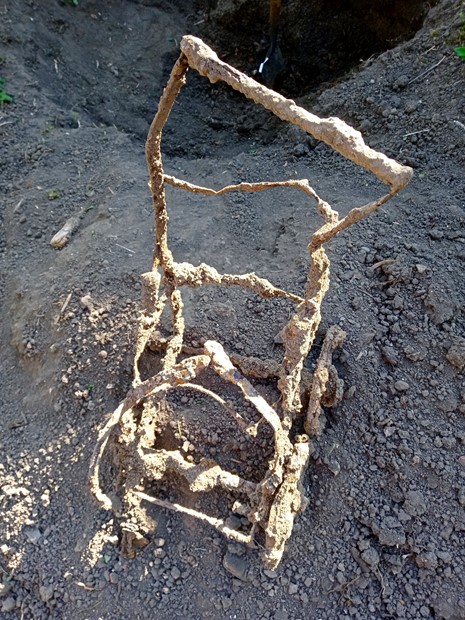 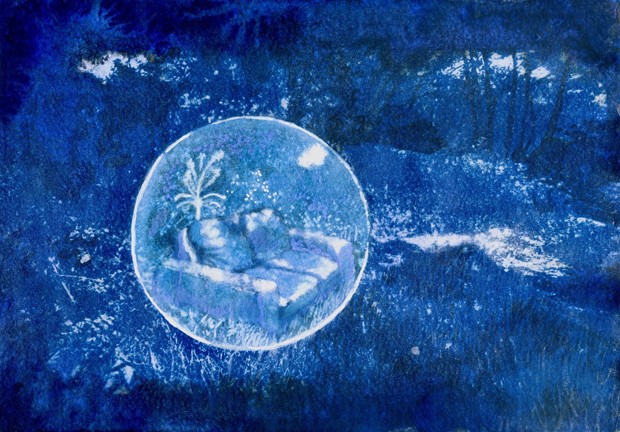 For some time my activity has involved selecting and processing fragmentary images from multiple sources, including those related to our engagement with the virtual world of the internet. Throughout previous work there has been a dominant theme of the layering of imaginary visions onto elements of perceived reality. Some earlier pieces involved the appearance of motifs derived from 'emoticons' commonly used in email exchanges. They were used as 'vessels' for the containment of themes related to, or in contrast or conflict with the background image, and paintings were arranged in formats which are derived from computer screen window layout. Later the confines of the traditional rectangular surface format was fractured in favour of smaller 'components' which can be freely arranged across a supporting surface. Much of their content is based upon visual and other material received via the web in various contexts, but is not confined to those sources. Alongside recognition of ideas related to sensory overload in my work, there has been perhaps a stronger thread that is much more to do with the opposite. Recently I've been considering ideas surrounding the knowledge that sensory deprivation can induce such phenomena as visions and many other experiences in which the brain can compensate for lack of stimuli arriving through all the senses. Of course such happenings in people's lives vary from religious visitations, visual and auditory hallucination, and waking dreams, memories or intrusive thoughts that can temporarily override reality. In the past I have also worked with such ideas by means of film/stop-motion animation in which drawing has been overlaid onto and developed from an underlying photograph. By doing so, I was able to extend sequential narrative in a reflexive and sponateous way. Some earlier work was related to the effects of war/conflict. This has not been consciously maintained as a guiding force, but appeared more as a result of being subject to media influences. An earlier film (Crisium) completed in autumn 2003 was based on the idea of earthly visions animated against a lunar landscape, for which resources included appropriated images from historic engravings and also from the news. It was partly based on the idea that either an image or a landscape empty of life could each generate a response in the form of a flood of visual images, and sometimes words to the brain. During the past year I have returned again to using landscapes from beyond our physical reach, those of untrodden other planets visible only through high technology. For the past few years my primary materials have been earth pigments and minerals with various media.  Previously I painted in a roughly Expressive/Surrealist style and frequently made narrative, allegorical works with mythical references and some images appropriated from ancient art. Influences Traditional European figurative painting (particularly landscape), Ukiyo-E prints, other prehistoric and multicultural art, contemporary film and photography, avant-garde film, animation, painting, drawing, computers, the internet, multimedia, life in general both on my doorstep and the furthest reaches of the known world!  I have set up and run art clubs for children and young people at Spacex Gallery, Exeter from 1992-2014, and have also led workshops at other venues such as the Royal Memorial Museum, Exeter, CCANW, Plymouth Arts Centre, and Thelma Hulbert Gallery. My role at Plymouth University has been Associate Lecturer in Fine Art from 2005 -2015, and visiting lecturer there from 1992 (also in illustration 2003-6). Additionally, I taught History of Art at Exeter School from 2003-2006, and have run animation workshops for 'Animated Exeter' and related events from 1999 to 2009 in various schools and institutions, and helped to create short animated film with young people shown at First Light, Young Co-Operative Filmmakers and other events.